Abandoned by the roadside 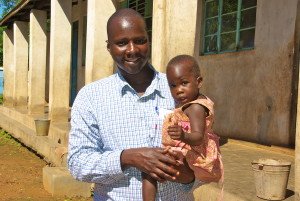 We all like to hear the stories of a mothers’ love, of overcoming the odds and changing the world. Unfortunately, not every story is like that. On occasions IGF has to step in and provide care for a child when a mother cant or wont. It’s a hard reality which happens more often than we realise.

Nomukasa Babra was found standing on the side of the road in a village crying. A local man was walking one evening and came across this small child. He tried to ask where her mother was, but she burst into tears. Thinking that the mother might have just gone into the bush briefly and would soon be back, he left the girl and continued on his walk.

On his way back, the man found the little girl sitting in the same spot, still crying. Next to her was a bag. She had been abandoned on the side of the road.

At the police station they found the bag contained clothing and her birth certificate. Despite searching the village for the parents, and even placing a wide announcement on the radio for her parents to come forward, nobody came for the small girl.

Babra was brought to IGF by the police, to be cared for while they continued the search for her parents or relatives. Various health tests have indicated that Babra is a healthy child, not affected by HIV or other illnesses. She has been at IGF for the past 2 months and is settling in well, and playing happily with the other children.

Babra will remain under the care of IGF until her parents or other relatives can be located, and then a decision will be made regarding her best interests for long term care.