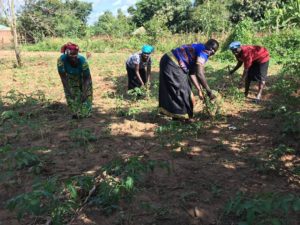 The Women and Youth Groups in Christian Community Church have recently undertaken training under the Ugandan Government’s Operation Wealth Creation initiative. The Youth Group is raising layer chickens while the women are growing a variety of vegetables.

Operation Wealth Creation was launched by the Ugandan Government as an initiative to focus on lifting people out of poverty, particularly through agriculture. The initiative provides training and start-up resources to individuals and groups, encouraging them to start small and gradually expand in a sustainable way.[/row] 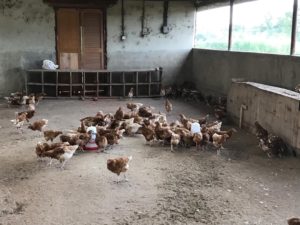 The Youth Group in IGF’s Christian Community Church undertook training in raising layer chickens, and received 170 chicks and 3 months’ worth of start-up feed as part of the program back in June. The Youth Group have been tending to the chickens, and were blessed by a donation of feeds in early September by Singleton Baptist Church, which will last until the chickens are ready to start laying.

The Women’s Group have been busy growing and tending to a variety of vegetables, including tomatoes. These vegetables will increase access to fresh vegetables in the women’s homes, and will also supplement the chicken feed for the chickens being raise by the Youth. The Youth aim to be able to make their own feed, and also sell the surplus in future.

In the few months since this began, the project has already been beneficial in teaching the youth skills and responsibility. Once the chickens start laying, further opportunities exist for developing skills in small business and generating income to sustain the continuation of the project. It has been an exciting start, and the fruits (and vegetables) of the labour are already visible.[/row]