IGF distributed 200 mosquito nets in the fight against malaria 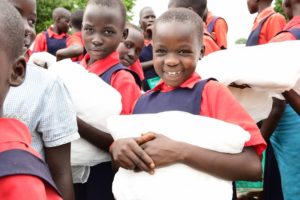 The fight against malaria continues as the Ugandan Ministry of Health recently reported a 40% increase in the number of malaria cases in 2019. Attributed to the current wet season, reduced mosquito net ownership, and inadequate treatment, among others, northern Uganda was among the areas most affected. In the past 3 months, 1 in 4 IGF pupils have been affected by malaria, putting a strain on our school clinics and resulting in children missing school. 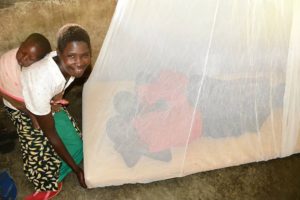 The malaria parasite causes high fever, severe headaches, body weakness, mental disturbance, and can sometimes lead to death. Malaria remains the leading cause of death in Uganda, with almost 200 people dying each day from the parasite. The most affected by the parasite are young children and pregnant women, with half of those deaths from malaria being in children aged 5 years and under.

Through partnership with the Kitgum District Local Government, Feed the Hungry USA and donors, IGF has been able to distribute 200 insecticide-treated mosquito nets to children and their families at IGF’s Palabek primary school. We have also been able to restock our school clinics with medical supplies for testing and treating the infected children.