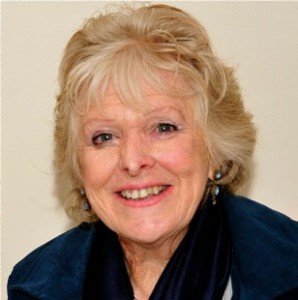 Recognised for her service to international relations, particularly through her sustained humanitarian work amongst children affected by war and HIV/AIDS in Northern Uganda, Irene was named an Officer of the Order of Australia in June 2009.  This is her story.

As a small child I loved Jesus so much.  Every morning I would rise for the 5.00am mass, running along the grey streets of North Sydney alone, a small 4-year-old girl.  But despite my earnest prayers and tears, my home life was one of despair, poverty and sickness.  My mother died when I was 15 years old, leaving me to be housemother to my 7 siblings.  I remember kneeling in the dark, empty church late one Saturday afternoon. There was a disturbance at the back of the church as two burly figures carried in a coffin and departed.  I rose to read the name of the deceased.  It was my mother.  I remember the coffin looked so tiny.  As I bit back tears of grief, I said to God:  “That’s it.  I’ll live my own life now.”
The next year, I was married, and by the time I was 21 years old, I had 3 beautiful children and a lovely home.  My life continued with little thought of God until after 20 years of marriage, everything fell apart with my divorce. I lost my home, my children, everything I had worked for.

Then began a desperate search for the truth.  I tried everything: Buddhism, transcendental meditation, yoga, renewing the Dreaming.  A 300 mile trek through the Himalayas brought me only disillusionment.  Seeking aboriginal spirits brought me only confusion and feelings of unutterable grief. Manic depressive, with nowhere to turn in 1982, I made a decision to give Jesus control of my life.  It seemed like a great weight was lifted from my shoulders, and as I drove home singing, the car seemed to be filled with the voices of angels. Reading the Bible for the first time in my life taught me truth and how to pray effectively.  Within 6 months, God had blessed me by rescuing my 4 children from unemployment and drugs.  Today, they are married and have given me 15 grandchildren.

In 1989, I heard about orphans in Uganda needing help and sold my beachside home and all my possessions.  I left Australia in December 1991 for Uganda and towed my caravan 500 kilometers from Kampala to the Sudan border. My personal scripture was Exodus 23:20: “See, I am sending an angel ahead of you to guard you along the way and to bring you to the place I have prepared for you.” When I arrived in Kitgum, 40 kilometers from the Sudan border, I was shocked.  The district had been ravaged by decades of war. War was still ongoing, with Joseph Kony and the Lord’s Resistance Army causing havoc, killing the men in the villages and abducting children and turning them into soldiers.  It was a community of aged widows and orphaned children, trying to scratch food from a harsh land.

My first work was to gather the destitute children who sat sick and listless all day, and teach them songs.  Soon the evenings were sweet with the sound of small voices ringing across the village.  God had put songs back into the hearts of the children. Since then, with the support of precious donors and Ugandan village staff, we have built several full daycare schools for the children of northern Uganda. Every day, 6,000 children and youth attend IGF schools for free schooling, meals and medicine.  Upon graduation, they attend our vocational college to learn skills in tailoring, computers, building, carpentry, animal husbandry or agriculture. Although the after-effects of war still disrupt life in Kitgum, God has enabled the IGF team to bring His hope to a community formerly in despair.  A new generation of skilled youth is building their future.

In February 2002, we began impacting the community of at least 1 million, without risking our lives traveling on the roads.  Our own FM radio began broadcasting educational messages and encouragement to a war weary district.  Many witchcraft practices, which had been threatening the lives of children, have now been discouraged due to our broadcasts.

In 2010, our three-story art, drama and dance studio was completed, as well as another school and a library.  The completion of our sixty-bed HIV/AIDS Hospice has released the school children from the impossible burden of caring for dying relatives and enabled them to continue to attend school.

As I proudly see thousands of my original African children in 1992, now grown up and developing their district, I think about other districts of destitute children and dare to dream God will enable IGF to rescue thousands more “in His strength”. “When they grow into functioning human beings, that’s the biggest thrill of my life!”

Every single human being has the right to reach his or her full potential.  Each is entitled to food, water, medicine and education.