Kenneth is working hard to catch up to his classmates 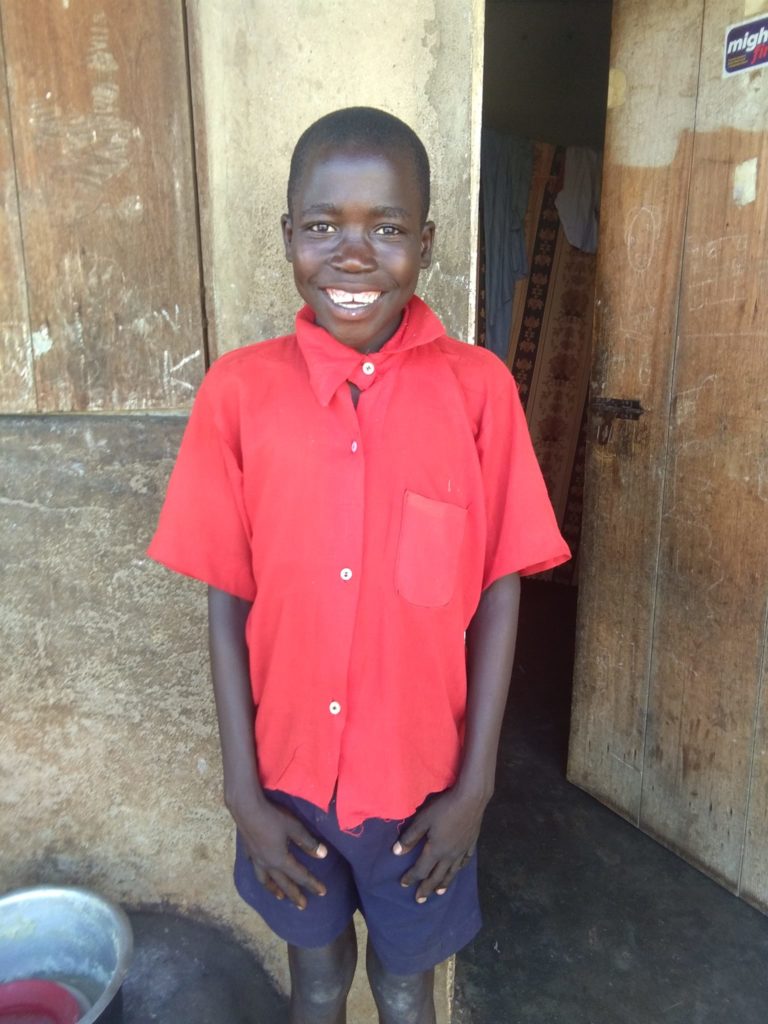 At 13 years old, Kenneth is only in grade 2 at primary school. While other students his age are preparing to sit their Primary Leaving Examinations (PLE) either this year or next year, Kenneth is excited that he even has the chance to be at school.

Kenneth is the oldest of 5 children and comes from a broken home. His father has two wives, which causes a lot of tension between his parents. When he was younger, Kenneth was sent to live with relatives in a village. From the village Kenneth started school, but soon dropped out when there was no money to pay the little amount required for school fees, uniform and exercise books. For a number of years Kenneth helped his relatives on the land, digging in the field and helping to harvest crops. He had little choice than to help with farming and miss out on going to school like the other children.

Early last year, Kenneth’s siblings were enrolled into IGF’s main primary school after it was discovered that they were not at school and suffering at home from lack of food and abuse, from sometimes drunken and frustrated parents.

It was only at the beginning of this year that Kenneth’s mother told staff at IGF that she had another son that lived in a village with relatives, and that he also wasn’t at school. It was then that Kenneth came to live at IGF and started receiving support and education. Kenneth didn’t care that he would have to start again in grade 2, he was just excited that he would be able to go to school like the other children. Kenneth stands out among his classmates, not only for being older and obviously taller, but for his brilliant smile and excitement at being able to learn.

Although Kenneth isn’t sponsored, he benefits from the sponsorship of other children which provides for additional food and basic school materials. Children like Kenneth need to be given a chance to go to school, rather than staying at home and growing up illiterate, with limited opportunities for their future.

Please consider asking your family and friends to sponsor a child through IGF, or making a tax-deductible donation to allow us to rescue and educate more destitute children in northern Uganda. “Every single human being has the right to reach their full potential. Each is entitled to food, water, medicine and education”– Irene Gleeson AO.