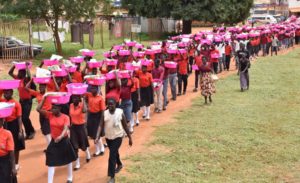 On the 21st and 22nd July we remembered and celebrated the life of Mama Irene in Kitgum, Uganda. It is 4 years since her passing, but her compassion, strength and faith remain visible in the lives of all that she touched in the two decades she spent in northern Uganda.

The theme of the memorial events this year was ‘Compassion and Servant Leadership’. Mama Irene showed great compassion to the people of Kitgum and Northern Uganda, and led with a servant heart. She regularly visited the sick in hospital, and the men and women in prison, to pray with them and provide a sense of hope. 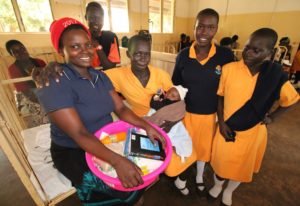 In following the example and in the footsteps of Mama Irene, money was raised and items donated towards gift packs which were then delivered to every patient in Kitgum’s two hospitals, and to each of our brothers and sisters in prison. Companies and businesses, both locally in Kitgum and nationally throughout Uganda, donated basins, soap, sugar, juice, soda, laundry powder and so on, to be included in the gift packs. Money was raised within the local community in northern Uganda, and also in Australia to support this important and impactful cause. Over 1,000 gift packs were packed, and on Friday 21st July teams of school children, IGF staff, community members and leaders, and pastors, visited the hospitals and prison to deliver the gifts and pray with the vulnerable and needy. 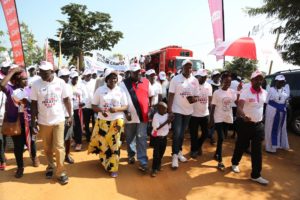 On Saturday 22nd July, thousands joined us for the Charity Walk. Starting in Kitgum town and walking past some of the significant places of Mama Irene’s time in Kitgum, the walk ended at IGF, where the majority of her work took place. The Walk and Memorial Service was attended by Ugandan national Leaders, corporate sponsors, and thousands that had been touched by the love and compassion of Mama Irene.

Uganda’s First Lady, Janet Museveni, praised Mama Irene for her contribution to Northern Uganda. In her message read by the Deputy Speaker of Parliament, Hon. Jacob Oulanya, the First Lady said that Mama Irene, was a symbol of love to the people of Northern Uganda. “Her contribution was tremendous and because of her heart and sacrifice, many underprivileged children managed to access education, medication and food that transformed their lives,”

“The woman began with a caravan and a handful of destitute children under a tree singing songs, had compassion to meet the task ahead of her. Irene’s fruit of compassion is all around us today. Out of a hopeless situation, we now have a community with flourishing hope because one believer was obedient to the call of God,” said Uganda’s First Lady, Janet Museveni.
It is 4 years since the passing of our beloved Mama Irene, but her spirit, vision and compassion for the children of northern Uganda continues through the ongoing work of the Irene Gleeson Foundation.