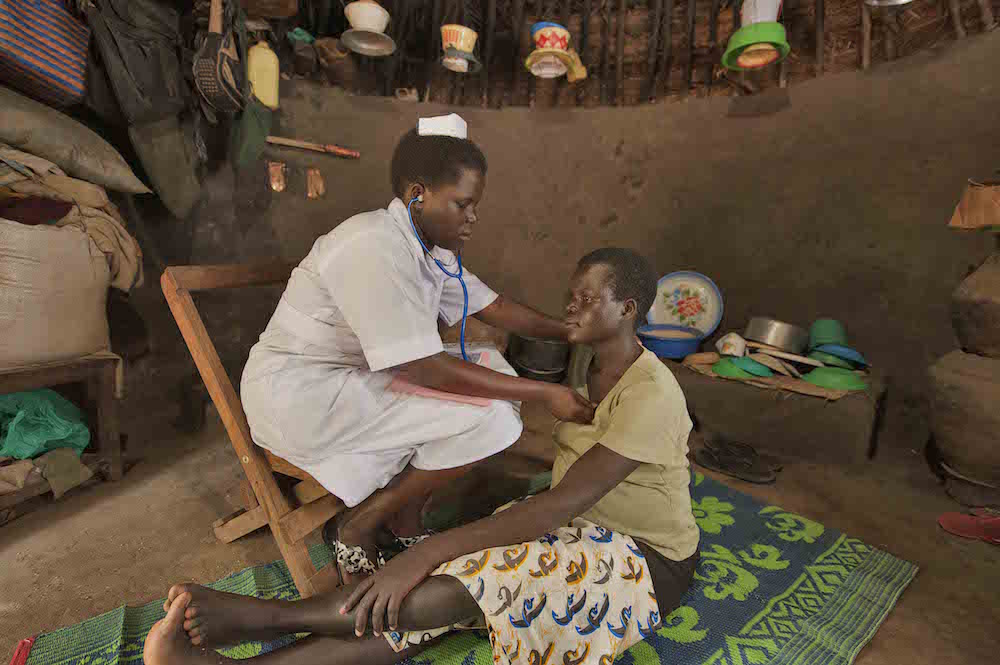 “Early one morning in the middle of the war, I was on my way to town to buy food for the children. Under tables on shopfront ve­randas were children who had slept rough the previous night and who were just waking up. They were gathering their little bundles of belongings ready to head back to their villages. These were the night commuters and Prisca was one of them. I stopped and asked her if she was okay. She told me that she was 11 and that she was sleeping in town because her dad had chased her away from home. I later learnt that he was a drug addict and wanted her, his youngest daugh­ter, to get married. Prisca refused this child marriage and was chased from her home. I could tell that Prisca was naturally intelligent, but because of the war and because she was a girl, formal education was not an option. Normally she would have been expected to just get married and have children. But that was not what she wanted.

Prisca’s story broke my heart. I could see so much potential in her. So I invited her to move into the girls’ dormitory at CKS (now known as IGF) as my daughter. Prisca readily accepted and was enrolled in the CKS primary school.  After three years, Prisca finished primary school at the top of her class and I sponsored her to go on to secondary school. She was a brilliant student and was keen to keep studying.

Prisca has graduated with a diploma in Midwifery and IGF has given her appointment as Nursing Officer in IGF”.  Prisca is currently deployed to village health centres, where she often delivers babies by torchlight and with very limited equipment. She provides much needed maternal health education and care to women, and assists in deliveries, giving mother and child the best chance of survival.

Although Prisca was against getting married as a child, she did get married in 2013 and now has two little girls, one of them named Irene Gleeson.